Thetis was custom made in 1963 for a German businessman. Both the design and the materials feature a taste for luxury and beauty. The hull was made of iron, while the cabin was entirely built from Honduran mahogany. Originally powered by two 4000ccm MVM Mercedes engines, Thetis traveled around the world, to end up in her place of birth, at the Lake Constance, in Germany. She was found abandoned about 10 years ago at the Bodan-Werft, a 100-year-old German shipyard which has since closed its doors. She was then taken to the Lake Balaton in Hungary where she served for the next couple of years as a passenger boat.

We acquired her in 2015 and took her to Budapest to bring her back to life. The rotten walls were broken down, the entire electrical system was revamped, the two-kilometer cable network replaced, and the water and heating system, the deck and the bathroom were fully renovated. The original engines and gearboxes were replaced by two brand new 4996ccm Solé diesel SM-105 engines on Mitsubishi base, with technodrive gearboxes.

We ordered Honduran mahogany veneers from the US to replace the rotten wooden surfaces, and the canvas bimini top was also replaced by a wooden one. The entire deck made of Honduran mahogany, which is a rarity nowadays, was also fully restored. We installed the latest navigation and safety equipment, as well as delicacies such as underfloor heating in the bathroom and wooden rails on the deck. We have doubled the size of the fuel tanks and equipped Thetis with two 250W solar panels that continuously provide power to the boat. Now here were are with a 50-year-old beauty who will tell you many stories! 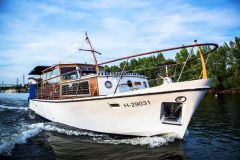 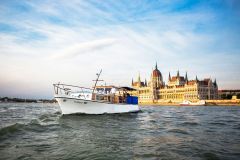 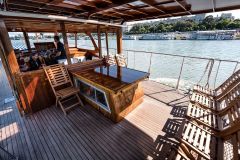 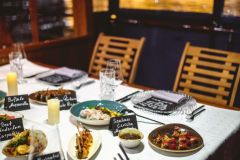 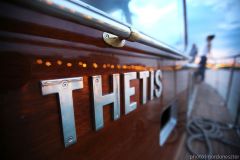 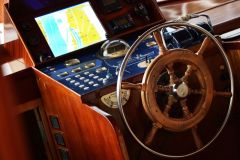 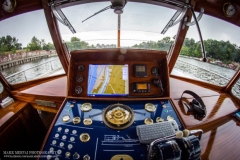 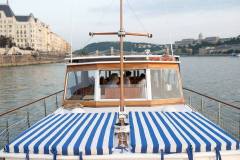 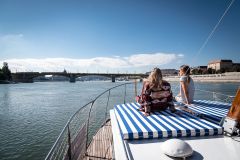 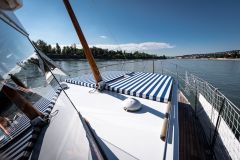 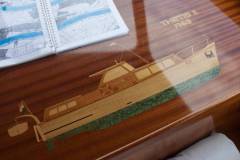 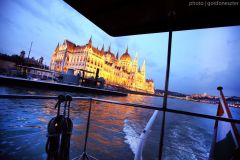